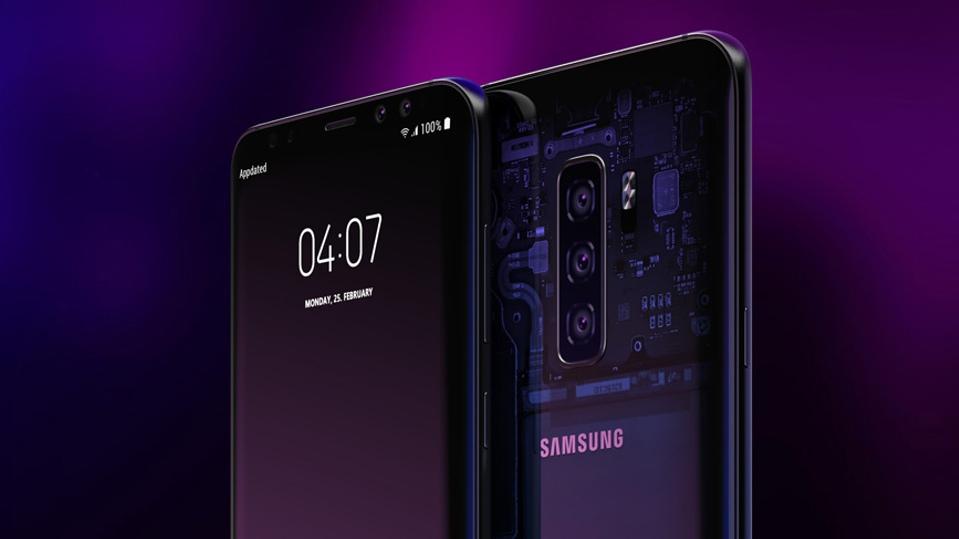 Samsung Galaxy  will be the next flagship smartphone of South Korean phone manufacturer, which will be due to launch in the first half of 2019. Although we still have a few months before the announcement, leaks are already filling the rumored market with the features and joints we can expect in the forthcoming Samsung Galaxy S 10 flagship. This week, a report suggested that there will be a total of four types in the Galaxy S10 series. However, now we have developments coming from two different sources, which claim that the series will actually get three types.
As per a report by Sammobile, three Galaxy S10 models – SM-G970F, SM-G975F, and SM-G973F – will be unveiled by the tech giant next year. The company is apparently testing all three variants currently, and the Galaxy S10 is expected to run Android 9.0 Pie out-of-the-box. Accordingly, reputed tipster who goes by the pseudonym Ice Universe on Twitter claims that the SM-G970 and SM-G973 will sport 5.8-inch display panels, and the larger SM-G975 will get a 6.44-inch panel. Rumours suggest that the SM-G970 will get a single rear camera, the SM-G973 a dual camera setup, and the SM-G975 a triple camera setup.
Sammobile also claims that a 5G variant of the Galaxy S10+ is being tested with a separate model number and will most likely be exclusive to the US and South Korea – so in fact, the original four model claim may well be correct.
A report out of South Korea last week had claimed that Samsung might launch a Galaxy S10 variant with five cameras – three at the back and two in the front, which could likely be the rumoured SM-G975 model. In its essence, Samsung could follow in Apple’s footsteps to unveil a Galaxy S9 successor, a Galaxy S9+ successor, and a cheaper variant with slightly toned down specifications.
Interestingly, the first development around three variants of the Galaxy S10 came from veteran analyst Ming-Chi Kuo back in July this year. He had claimed that the two premium models will sport in-display fingerprint sensors.