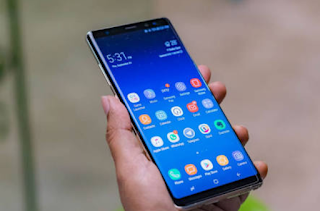 .  .  .  Samsung Galaxy Note 9 was officially unveiled in New York on Thursday. The newest member of the Galaxy Note series packs a massive 4,000mAh battery and the series’ biggest display yet. The Galaxy Note 9 launch comes at a time when Samsung desperately needs a hit.
By the company’s own admissions, sales of the Galaxy S9 and Galaxy S9+ have been less than flattering, and all eyes will now be on how the Galaxy Note 9 is received by fans.
While the “reasonable price” promise that was made by the company just days before the launch event wasn’t fulfilled when the US price of the smartphone was revealed on Thursday, the Galaxy Note 9 price in India is good news. The smartphone will launch in India at a starting price of Rs. 67,900, which is the same as its predecessor at launch, as Samsung looks to reclaim some of the market share it has lost in the country’s premium smartphone segment.

The big differentiator of the Galaxy Note series has always been its support for the S Pen stylus. Over the years, Samsung has added more capabilities to the S Pen, and with the Galaxy Note 9 the biggest changes are the direct result of adding Bluetooth support. Yes, the S Pen now comes with an embedded Bluetooth Low Energy (BLE) module, which makes it more than just a stylus; it has been turned into a remote that can be used to control your smartphone.
So, for example, you can use the S Pen to control video playback in the YouTube app, or move between images in the Gallery app. You can even use it to control a presentation, moving back and forth between slides. But the feature that will perhaps find the widest appeal is the ability to use the S Pen as a trigger to click pictures, or switch between the front and rear cameras. We tested this feature on the Galaxy Note 9 during some hands-on time ahead of the launch, and it worked as advertised. 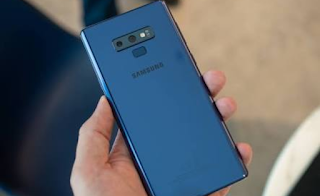