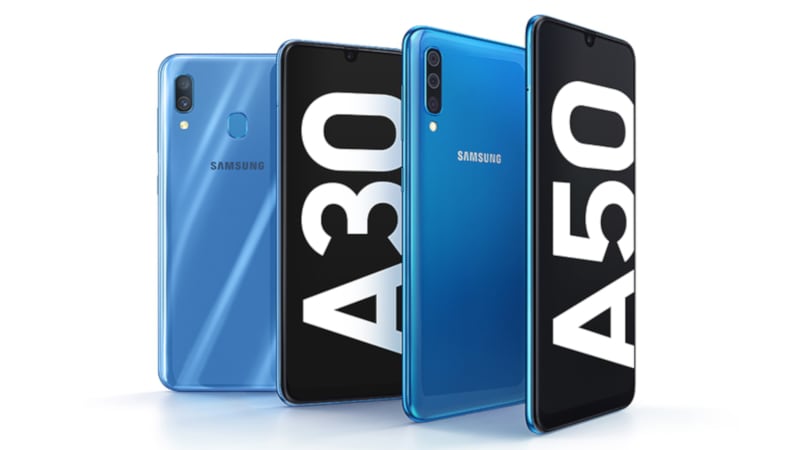 Although Samsung’s official global announcement of the Galaxy A Series 2019 models was missing any pricing or availability details, this information has been revealed by the company’s regional arms. As per a press release shared by Samsung Netherlands, the Galaxy A50 will carry a price tag of EUR 349 (roughly Rs. 28,100). Separately, Samsung’s South Korea arm has noted that the global rollout of both Galaxy A50 and Galaxy A30 models will begin in the middle of next month. The mid-March availability for the Galaxy A50 was confirmed by Samsung Netherlands as well. The Samsung Galaxy A30 pricing remains unclear for now.

On Monday, Samsung had officially introduced the updated Galaxy A Series. The lineup will initially include Galaxy A30 and Galaxy A50 smartphones, however it is believed that we will see the phones like Galaxy A10 and Galaxy A20 as well from the company over the coming months. Samsung India has already sent out invites for a press event on February 28 in Mumbai, where it plans to announce India release information about the new Galaxy A Series phones. The Germany arm of the South Korean company has revealed that it will be launching the Galaxy A50 in the country in April.

As we mentioned earlier, Samsung Netherlands has noted the Galaxy A50 will carry a price tag of EUR 349 (roughly Rs. 28,100). While the smartphone’s India price will be different, the Netherlands pricing does offer an indication of what to expect. The global rollout of the Galaxy A30, Galaxy A50 starts mid-March, Samsung Korea revealed.

Samsung Galaxy A30 also features a 6.4-inch Super AMOLED Infinity U screen with full-HD+ (1080×2340 pixels) resolution and 19.5:9 aspect ratio. The phone is powered by an unnamed octa-core processor, coupled with 3GB/ 4GB of RAM, 32GB/ 64GB of inbuilt storage, and a microSD card slot (up to 512GB). Among other specifications, the phone includes a 4,000mAh battery and a rear capacitive fingerprint sensor. On the imaging front, there is a dual-camera setup on the rear with a 16-megapixel sensor with an f/1.7 lens and a 5-megapixel sensor with an f/2.2 lens. There is also a 16-megapixel sensor with a fixed-focus f/2.2 lens on the front of the phone.