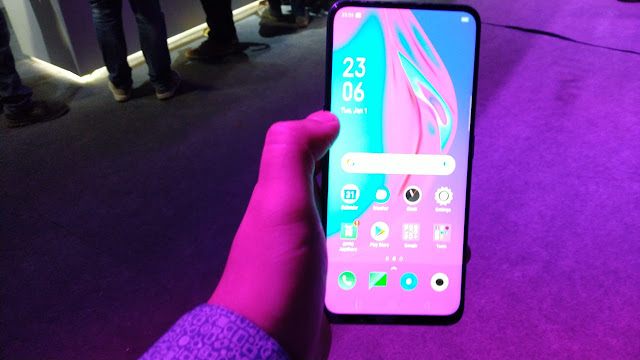 As far as the cameras are concerned, the Oppo F11 Pro on the rear packs a 48-megapixel primary camera and a second 5-megapixel camera. It sports a 16-megapixel camera on the front for selfies.

The Oppo F11 Pro runs ColorOS 6 based on Android 9 and packs 64GB of inbuilt storage.

Connectivity options on the Oppo F11 Pro include Wi-Fi 802.11 b/g/n, GPS, and Micro-USB with active 4G on both SIM cards. Sensors on the phone include accelerometer, ambient light sensor, compass/ magnetometer, proximity sensor, and fingerprint sensor.

It was launched in Aurora Green and Thunder Black colours.

OPPO Electronics Corp. is an electronics manufacturer based in Guangdong, China. Known for its smartphones, the company also makes MP3 players, portable media players, LCD-TVs, and DVD/Blu-ray players. It was founded in 2004. The company is also a smartphone maker. It has launched a whole range of Android powered smartphones. 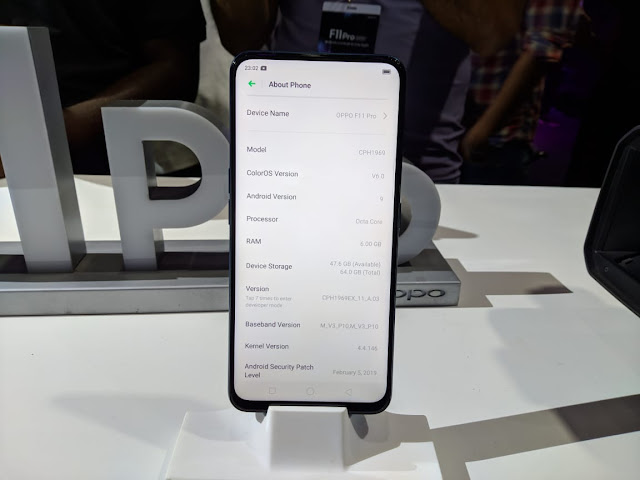