Nokia 6.1 Price Cut in India Ahead of Nokia 6.1 Plus Launch Next Week – gadgets 4use.com 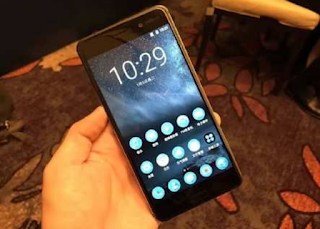 Nokia 6.1 Plus will be unveiled on August 21, and before the launch, Nokia licensee HMD Global has reduced prices of Nokia 6.1 or Nokia 6 (2018) in India. Launched in India in April, Nokia 6.1 was unveiled at the global level in MWC 2018, but it was first launched in China in January. Later in May, HMD Global launched another version of the smartphone. Now, both types are worth Rs. 1,500 Price reduction in India Meanwhile, the global version of the Nokia X6, Nokia X6, which was launched in China in May, has now surfaced online with that name.
The Nokia 6.1 or Nokia 6 (2018) was initially launched in India in a 3GB RAM/ 32GB storage variant. The price in India of this model was set at Rs. 16,999. HMD Global then kept its promise by launching the 4GB RAM/ 64GB storage models in the country. This was priced at Rs. 18,999, marginally higher than the price tag of the 3GB RAM variant of the handset. Now, after the price cut, the 3GB RAM variant of the Nokia 6.1 costs Rs. 15,499 and the 4GB RAM model is available at Rs. 17,499. Notably, the new price for both the Nokia 6.1 variants can be seen on the company’s India site. The other offers remain the same as they were announced during the launch of the smartphone. 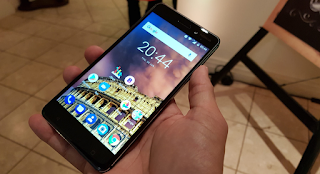 Specifications of the Nokia 6.1 Plus are identical to the Nokia X6 that was launched in China. The dual-SIM (Nano) smartphone runs Android 8.1 Oreo and features a 5.8-inch full-HD+ (1080×2280 pixels) display with a 2.5D Gorilla Glass 3 and an 19:9 aspect ratio. It is powered by an octa-core Qualcomm Snapdragon 636 SoC, coupled with 4GB of RAM. There is a dual rear camera setup with a 16-megapixel primary sensor and a 5-megapixel secondary sensor – sporting an f/2.0 aperture. For selfies, there is a 16-megapixel sensor along with an f/2.0 aperture. The smartphone has a bunch of AI features such as optimised colour contrast, depth of field, and portrait lighting effects, as well as HDR support and a Bothie mode. There is also Face Unlock support.