Google Duo will soon raise the number of participants allowed over a group video call, Google has confirmed to a publication. The report cites the company to claim that Duo will be soon allowing up to 32 participants to join a group call. The development comes around a time when people around the world are heavily using video-chat tools owning to the coronavirus pandemic. Another new feature that is now anticipated are new AR effects that match the user’s facial expressions. With the many recent updates, Google will be giving tough competition to competitors such as Zoom and Facebook.

Although Google had previously stated that Google Duo will soon increase the participant limit, it was unclear by how much. The 32-participant claim was also reportedly reiterated in a promotional email. 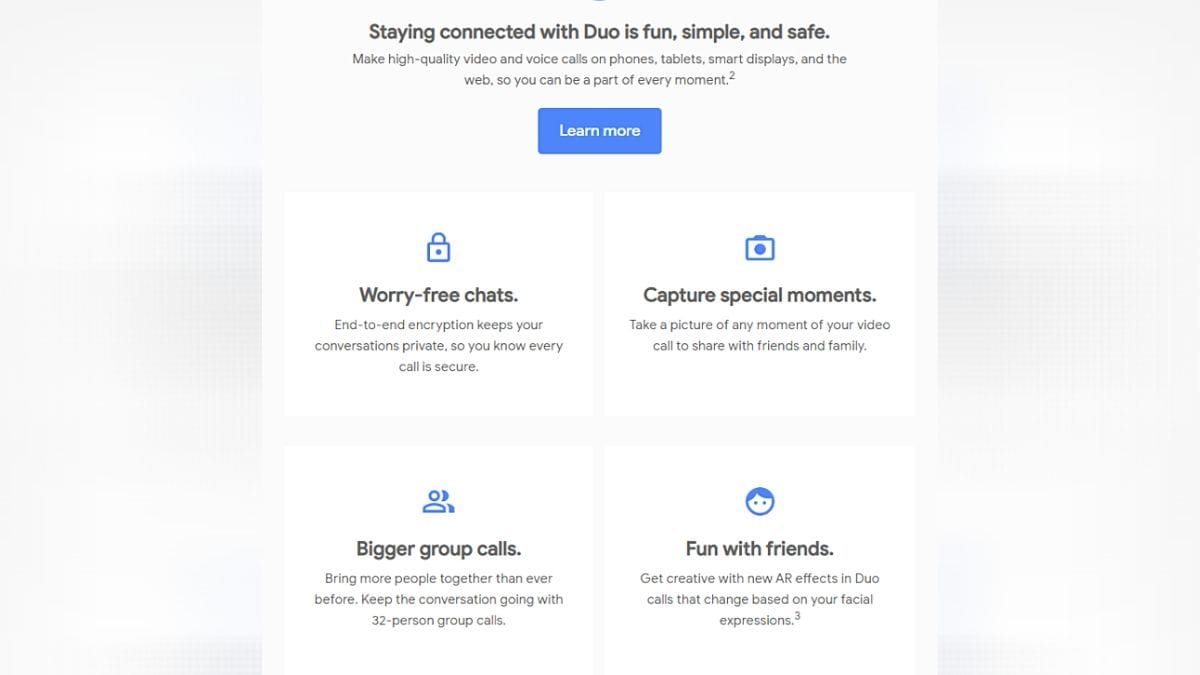 In the promotional email (via the report), Google also promises new AR effects in Duo calls that will change based on the user’s facial expressions. Google Duo already supports AR effects, but they don’t change with the user’s expression.

At the moment, it is unclear when the new features will be rolled out on Google Duo. However, it is safe to assume that the new updates will be coming soon as Google has reportedly started sending promotional emails about them. Gadgets 360 has also reached out to Google more details.

Meanwhile, Google recently announced that Duo users will be soon able to make group calls via the Web version of the platform. Google had said that the new feature will be rolled out in the coming weeks and the feature’s preview will first be available on Chrome Web browser. Additionally, Google is adding a Family Mode to the Duo app. The mode allows users to doodle during video calls and try out fun effects and masks.

With the new updates, Google will hope to give tough competitions to competitors including Zoom and Facebook during the coronavirus pandemic. A report recently suggested that India accounted for the most downloads of Zoom app in April despite multiple security warnings from the government and others.