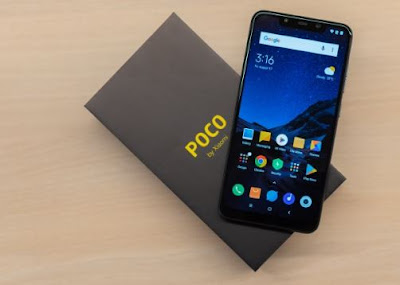 Poco F1, Xiaomi’s affordable flagship, was launched in India last month and went on sale for the third time on Wednesday. The smartphone, introduced under the Chinese manufacturer’s sub-brand called Poco, has generated a good buzz in the market due to its aggressive pricing in the mid-range segment. The Poco F1 is equipped with a number of features such as up to 8GB of RAM, Snapdragon 845 SoC with LiquidCool Technology, a 6.18-inch display, and more. But now, the company has revealed a couple of more features that the smartphone comes with, including splash resistance and Quick Charge 4.0 support.

In another tweet, Poco India has confirmed that the Poco F1 is splash resistant. It has revealed that the smartphone comes with certification from P2i, which is popular for its liquid repellent nanotechnology. This certification essentially means that the Poco F1 can withstand everyday splashes and spills with ease. However, since the smartphone is not waterproof it is advisable to not immerse it in water.

Meanwhile, Jai Mani, Head of Product, Poco Global, in a tweet, said that the company is planning to roll out a new OTA update for other regions for the face unlock feature that can be enabled by setting it to India. Mani further clarified that the smartphone has 2x smart power amps offering stereo-like effect from the bottom speaker, instead of having stereo speakers.