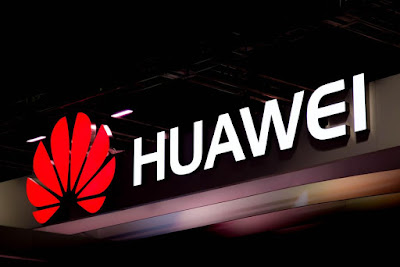 The new wireless technology known as 5G will do more than make mobile phones faster — it will link billions of devices, revolutionising transportation, manufacturing and even medicine. It will also create a multitude of potential openings for bad actors to exploit.

The vulnerability helps explain the rising tension between the U.S. and Huawei Technologies Co., China’s largest technology company. Huawei is pushing for a global leadership role in 5G, but American officials suspect that could help Beijing spy on Western governments and companies.

The technology holds great promise. Forests of gadgets will communicate instantly via millions of antennas. Cars will talk to each other to avert lethal crashes, factory foremen will monitor parts supplies and doctors can perform remote surgery as video, sound and data flow without delay. Connections will be 10 to 100 times faster than current standards — quick enough to download an entire movie in seconds.

Yet U.S. national security officials see billions of opportunities for spies, hackers and cyber-thieves to steal trade secrets, sabotage machinery and even order cars to crash. Citing security threats, the U.S. has been pushing allies to block Huawei from telecommunications networks. The U.S. Congress has banned government agencies from buying the company’s gear.

The company denies that it is a threat. “The fear about Huawei and 5G is misplaced,” Andy Purdy, chief security officer for Huawei in the U.S., said in an interview. “This is a strengthened network, a more secure network.”

The new technology will require an overhaul of telecommunications infrastructure. The term 5G stands for a fifth generation, to succeed the current fourth generation of mobile connectivity that has made video sharing and movie streaming commonplace.

Standards for 5G are being written, and large-scale commercial deployment isn’t expected until 2020, according to the U.S.-China review commission. Major U.S. carriers AT&T Inc. and Verizon Communications Inc. are rolling out small-scale versions of the service.

In the meantime, the number of internet-connected devices is growing by nearly one-third each year, and will reach 25.1 billion by 2021, according to an estimate by consulting firm Gartner Inc.

As those changes unfold, Huawei is under intense scrutiny by the U.S. and its allies. Canada is conducting a security review of 5G technology, Germany is weighing whether to restrict Huawei’s role, and British authorities are said to have concluded Huawei gear puts U.K. national security at risk as they debate whether to impose a ban.

Its chief financial officer, Meng Wanzhou, the daughter of founder Ren Zhengfei, was arrested in Canada at the behest of the U.S. in December on fraud charges linked to alleged Iran sanction violations. A sales executive was arrested last week in Poland on suspicion of espionage and fired over the weekend.

“His alleged actions have no relation to the company,” Huawei said in an emailed statement, noting: “The incident in question has brought Huawei into disrepute.”

A federal criminal investigation of possible parts theft from T-Mobile US Inc. was revealed this week. China’s foreign ministry said Thursday the legal dispute between Huawei and T-Mobile had already been resolved, and expressed concern about the motives behind the “reinvestigation.”

The company, founded by Ren in 1987, has emerged as a premier overseas presence for China, with a projected $108 billion in annual sales and operations extending to Africa, Asia and Europe.

Ren, in a rare discussion with foreign reporters on Tuesday, denied suggestions that Huawei aids the Chinese government in espionage, saying it has no regular contact with Beijing.

“Some countries have decided not to buy equipment from Huawei,” he said. “Therefore, we can shift our focus to better serve countries that welcome Huawei. We can build high-quality networks in those countries to prove that we are trustworthy.”

Ren also called Donald Trump “a great president” and said he’ll take a wait-and-see approach as to whether the U.S. leader will intervene on behalf of his daughter. Trump in December said he would intervene if it helped win a trade deal with China.

Huawei holds an ever-growing share of the world’s smartphone market and it and China’s government have both made it a priority to develop 5G capabilities. Already Huawei is the world’s largest telecommunications equipment maker, with 28 percent of a $37.2 billion market in 2017, according to the U.S.-China review commission.

Huawei has said that blacklisting its equipment without proof will hurt the industry and disrupt the development of new high-speed technology.

In its latest annual report, Huawei said it had conducted 5G tests with more than 30 leading carriers in more than 10 cities around the world. “We have been investing heavily in 5G research since 2009,” the company said.

Huawei has always maintained that it’s independent and doesn’t give the Chinese government access to its equipment.

Misgivings, however, continue to flourish in the West.

Retired Air Force Brigadier General Robert Spalding, a former member of the National Security Council under the Trump administration, has privately circulated a memo painting a future of communications dominated by China. Eventually, alternatives to its network technology won’t exist, because other suppliers won’t be able to compete with government-subsidised offerings from Huawei and fellow Chinese gear maker ZTE Corp., Spalding said in the memo.

Once China controls the market for internet-connected devices, it will be able “to weaponize cities,” Spalding said in the memo: “Think of self-driving cars that suddenly mow down unsuspecting pedestrians. Think of drones that fly into the intakes of airliners.”

Spalding left the National Security Council last year after he called for an enlarged U.S. government role in communications, creating an uproar because networks in the U.S. are privately owned and managed.

Mulvenon called Huawei “a legitimate globally competitive $90 billion plus company” and said “it is not a front company or a platform for Chinese intelligence.”

But, he said, “Given the nature of the political and legal environment in China, they would not be able to refuse a request, a subsequent request, from the Chinese government for access” to a network that Huawei runs.

In the U.S., telecommunications companies have also played a role in surveillance. For instance, in 2013 members of Congress confirmed they knew of a secret court order compelling Verizon Communications Inc. to turn over data about its customers’ calls. In 2015, Congress voted to stop the National Security Agency from collecting bulk records on Americans’ phone calls and instead get a court order for specific records.

As 5G is introduced, there’s an increasing push to bar risky equipment from crucial networks, said Wessel, of the U.S.-China commission.